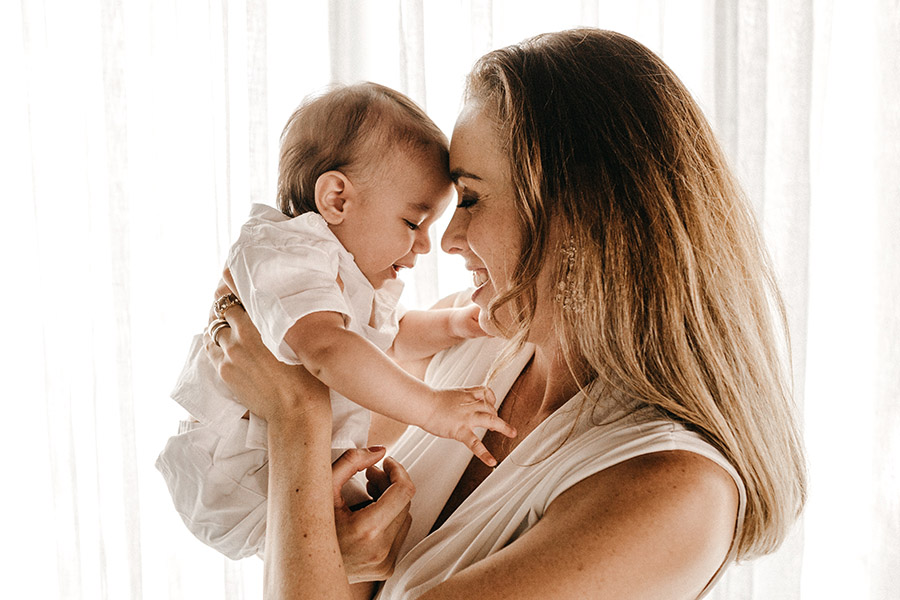 Just how important a pregnant woman’s diet is has been dramatically highlighted in the last few years. A number of studies have shown that the baby’s DNA, immune system, future intelligence and even muscle strength are all influenced by what mom eats during pregnancy. It’s becoming all too clear that the future health of the next generation will be determined by the lifestyle choices of women today. In this article we’ll look at a number of recent studies and how women can use the findings to ensure that their babies get the best possible start in life.

Let’s start with a study published in Nature Communications1. For the first time ever, researchers have shown that a mother’s diet during pregnancy can permanently affect how her child’s genes function, affecting many aspects of her child’s lifelong health.  This has profound implications for pregnant women and highlights the need for good dietary choices.

We all know that we should eat more fruit, vegetables and whole grains, while cutting back on refined carbs, sugars and saturated fats. More specifically, there are studies showing the importance of certain nutrients to the unborn child’s future health.

A 2014 study2 published in the journal Prostaglandins, Leukotrienes and Essential Fatty Acids compared the levels of Omega 3 and 6 from breast milk in over two dozen countries with how well children in those countries performed intellectually. What they found is that the more Omega 3 there was, the brighter the kids were, while the inverse applied to Omega 6.

According to Steven Gaulin, UCSB professor of anthropology and co-author of the paper, “Human intelligence has a physical basis in the huge size of our brains — some seven times larger than would be expected for a mammal with our body size. Since there is never a free lunch, those big brains need lots of extra building materials — most importantly, they need omega-3 fatty acids, especially DHA. Omega-6 fats, however, undermine the effects of DHA and seem to be bad for brains.”

“Looking at those 28 countries, the DHA content of breast milk was the single best predictor of math test performance,” he said.

The second best indicator was the amount of omega-6, and its effect is opposite. Omega 6 is inflammatory (it causes inflammation) while Omega 3 is anti-inflammatory. The ratio of Omega 3 to 6 should be about 1 to 3/4. In reality researchers estimate that 1 to 17/20 is the norm, so it’s vital that pregnant women increase their Omega 3 intake and decrease that of Omega 6. Omega 6 is found in plant oils, which have become the dietary norm as people have been scared away from animal fats by the myth of cholesterol. Margarines, cooking oils, salad dressings, cookies, crisps, sweets, fast and processed foods all contain large amounts.

In another study, published in 2011 by the American Academy of Paediatrics3,researchers found that children born to mothers supplemented with Omega 3 during pregnancy recovered quicker from colds, coughs and other childhood illnesses. To quote the researchers, “In a large double-blind randomized controlled trial we found that 400 mg/ day DHA from 18 to 22 weeks’ gestation through parturition reduced the occurrence of colds in offspring at 1 month of age and influenced illness duration at 1, 3, and 6 months..”

A study done in the UK4 showed that higher the concentrations of Vit D during pregnancy resulted in stronger muscles in offspring at age 4. As Dr Nicholas Harvey, Senior Lecturer at the MRC LEU at the University of Southampton, commented: “These associations between maternal vitamin D and offspring muscle strength may well have consequences for later health; muscle strength peaks in young adulthood before declining in older age and low grip strength in adulthood has been associated with poor health outcomes including diabetes, falls and fractures. It is likely that the greater muscle strength observed at four years of age in children born to mothers with higher vitamin D levels will track into adulthood, and so potentially help to reduce the burden of illness associated with loss of muscle mass in old age.”

Children of women who took a probiotic during pregnancy had lower levels of eczema5. As one of the researchers commented: “The results showed that probiotic bacteria reduced the incidence of eczema in children up to age two years by 40 percent. And the kids in ‘probiotics group’ who did have eczema, had less severe cases.”  In another study6 in the US, researchers found that giving probiotics to pregnant women decreased the incidence of allergies in offspring.

Probiotics are especially important for women who are going to give birth by Caesarean Section. A child’s immune system is given a kick- start by ingesting probiotic flora from the mother’s birth canal. Babies born by C-section miss out on this. Research shows that children born by C-section have higher incidences of colic, childhood illnesses, asthma and allergies than children born by natural birth7,8.  It is, therefore, critical for women who are planning to give birth by C-section take large doses of probiotics before birth and continue to do so as long as they’re breast feeding. It may even be a good idea to give probiotics to the child as soon as possible after birth to help stimulate the immune system9.

These are just a few examples of why it’s so critical for pregnant women to be especially aware of the importance of eating a healthy diet and of taking good quality supplements.

For more info on pregnancy and health go to the Health News page.

2 Replies to “Mother’s diet influences baby’s brain and immune system development in the womb and beyond.”